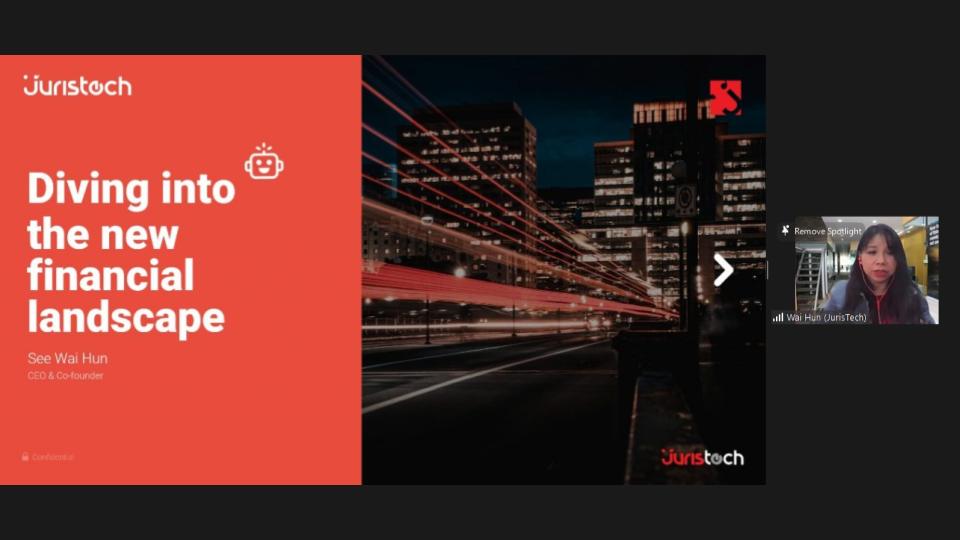 “Fintechs are changing the financial landscape, but business sustainability should never be overlooked,” said See Wai Hun, CEO of JurisTech and iMoney.

On 17th June 2022, Wai Hun was invited by Taylor’s University to shed insights on Malaysia’s financial landscape that is accelerating, especially with the rise of digital banks. Here are a few key takeaways from the virtual talk.

For the past few years, the Malaysian financial landscape has experienced rapid growth as more Fintech players enter the financial market, competing with traditional banks. In fact, there were a total of 233 Fintech companies in Malaysia just in 2021 alone! Fintechs are becoming a popular option among consumers when performing banking activities and transactions. Wai Hun shared that 98% of millennials and 99% of Gen Z use a mobile banking app for a variety of tasks, such as viewing account balances, checking their credit scores, depositing a cheque, and many more.

Fintechs are becoming increasingly prevalent because of its ability to streamline complex financial processes, making them more accessible to consumers, particularly startups, low-income citizens, and early-income millennials. What makes Fintech even better is its ability to offer products and services that are less expensive compared to traditional brick-and-mortar banks.

“It’s crucial for banks and financial institutions to transform digitally in order to stay in the game, and this leads us to the era of digital banks.” — See Wai Hun.

No doubt after Bank Negara Malaysia’s recent announcement of the winners of the digital banking licence, the excitement is palpable. Everyone is already hyped-up about how digital banking would drive financial inclusion, and how it would greatly impact the country’s economy. But it is also important to ensure a digital bank’s sustainability. After all, what is the point of running a business if you are not profitable?

According to Wai Hun, a common challenge faced by most digital banks is their ability to be sustainable, as most of them are unclear of the pathway to a profitable business. A majority of digital banks are focused on making money from their customers’ everyday transactions, which are often only a small amount of contribution to their profitability. For example, a customer uses a digital bank service to purchase a cup of coffee for RM20, and the bank earns a total of 10% from the transaction, which is RM2. Meanwhile, conventional banks are primarily focused on their core products like house loans and mortgages. Mortgages typically cost at least RM500,000, which is a huge sum compared to a cup of coffee. Even if they charge a small amount of interest rate of, let’s say 4%, by the end of its 20-year tenure, these conventional banks would be able to earn RM20,000 just from the customer’s loan. So, can you imagine how long would it take for a digital bank to earn the same amount a conventional bank would from daily transactions alone?

Take a look at Revolut and Monzo. Both of these companies are powerful digital banking platforms that offer a wide range of financial services such as current accounts, debit cards, mobile apps, and a host of features designed for people with busy lifestyles. Besides that, they are also able to deliver great customer experiences, which is no surprise that their users and revenue increased year after year. However, as they grew in size, so did their losses.

How can digital banks ensure their profitability?

According to research by BCG Consulting on digital banking, only 5%, or 13 out of 249 digital banks worldwide, are profitable (Source: The Edge Markets). So, how did the 5%  become profitable? What did they do differently compared to the 95% of digital banks that failed to make a profit?

Let’s take a look at the two banks below.

The key here, according to Anne Boden, the founder of Starling Bank, is ensuring sustainable business growth. Although the number of users did not grow as much as Revolut and Monzo, Starling Bank was able to break even with a profit of £0.8 million in October 2020. Wai Hun believes that one of the reasons why Starling Bank was profitable is that they have diverse revenue streams and were putting more focus on the money-making customers. For example, Starling Bank provides Banking-as-a-Service, which entails licensing its technology to other businesses or SMEs, allowing them to become more profitable. It supports everything they do, including retail banking, corporate banking, payments, and their marketplace. Card transaction fees account for only 45% of the company’s total revenue.

Aside from that, Starling Bank actively promotes features that make people want to use it like an actual bank account. For instance, free and easy cash deposits through the post office, making it easy to deposit cheques and enabling different types of payment types. While digital banks like Monzo are more focused on features that provide convenience to customers’ lifestyle like splitting bills, making it easy to pay your friends, did not bring in a large sum of profit.

“With nearly 1.8 million accounts, £4 billion in deposits and £1.5 billion of lending, we hit break-even in October and fully expect to be monthly profitable from here onwards on an operating profit basis.” – Anne Boden, Founder and CEO of Starling Bank (Starling Bank, Nov 2020).

KakaoBank is a South Korean mobile-only bank that was founded in 2017 and has amassed over 10 million customers while earning a profit of USD 10.6 million in just two years. How did they manage to successfully crack the digital banking profitability code?

First and foremost, KakaoBank has a diverse portfolio. Instead of just earning from commissions through customers’ transactions, they provide products that directly compete against incumbent banks. These products include loans (prime credit loans, secured and unsecured credit loans for mid-and-low credit holders, overdraft loans, micro loans, and housing deposit loans), deposits (time-deposit and instalment savings accounts), debit cards and overseas remittances and are easily accessible via customers’ smartphones. They were also able to make extra profit by maintaining lower interest rates for loans and higher interest rates for deposits, compared to their competitors.

On top of it all, Wai Hun also shared that KakaoBank made a smart move; they decided to incorporate Kakao Friends, a popular emoticon among KakaoTalk users, in their bank cards as a part of their marketing strategy. 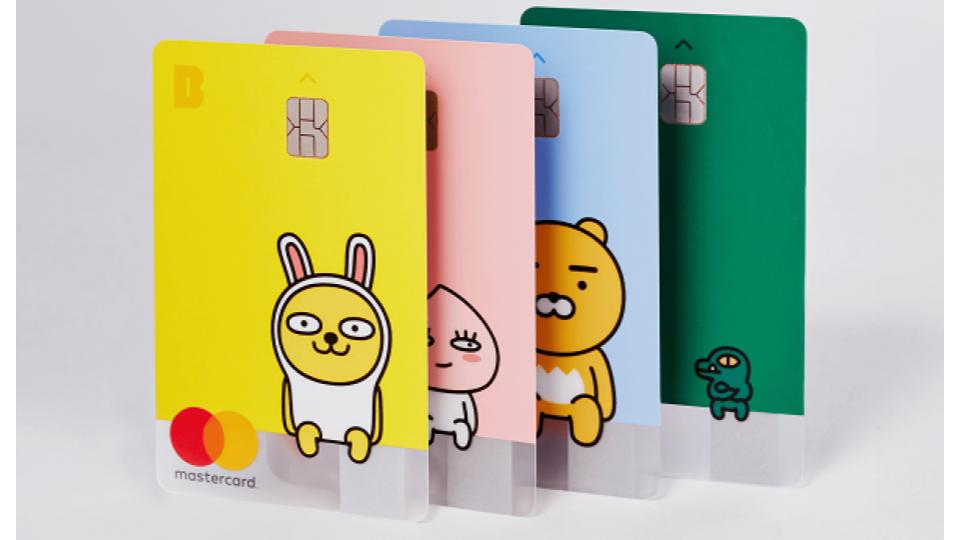 According to Su-young Lee, the Head of Strategy at KakaoBank, said that this creative marketing tactic was used during the early phase to attract, raise awareness, and build hype among their target customers, especially the millennials, while promoting the launch of KakaoBank. Out of the 52 million population in the country, 47 million people are active KakaoTalk users. KakaoTalk is the most popular instant messenger service in South Korea, with 99.9% of South Koreans preferring it over any other instant messaging applications. With the number of people they could reach, it’s no surprise that tactic worked!

If a business is sustainable, then you’re creating real value. – See Wai Hun.

These are the top key takeaways from the talk Wai Hun gave to Taylor’s University. Hearing thoughts and opinions from a digital bank enabler have been fascinating and insightful!

The banking and financial industry has been continuously going through various stages of transformation and digitisation, and digital banking is one of them. Yet, profitability and sustainability still remain a challenge. “It is critical that these digital banks make that leap before their sixth and seventh year in operation. The risk of failure rises exponentially at that point if the business is not even breaking even,” — Christoph Stegmeier, senior partner at Simon-Kucher (The Edge Markets, June 2022).

Interested to learn how to run a digital bank seamlessly? Check out Juris Spectrum, our end-to-end digital banking platform that offers a unique, holistic digital banking experience for customers and businesses. It composes everything, from digital engagement, to lending and deposits, as well as digital collections and artificial intelligence.

For more information, feel free to drop us a message at contact@juristech.net.

About the Author: Sabrina Looi

Sabrina Looi is a Marketing and Communications executive at JurisTech. She is highly interested to explore the diverse technologies in the financial services industry and enjoys keeping up-to-date with the latest market trends.