The purpose for Humans of Juris is to show that our employees can open up to others; from a range of the seniors to the newbies of the company. They share their personal experiences from specific occasions that don’t usually happen in a lifetime. These stories have been compiled by Arielle Lee.

The Phone Call that Changed Everything 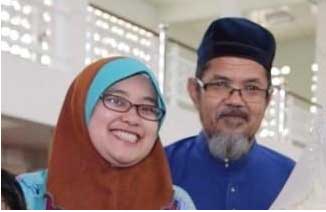 “It was a normal working day, but I had to do some stuff at the bank, so I arrived at work late. Immediately when I walked into the office, my phone rang and I saw that the caller was my dad, but when I picked up it was a lady’s voice. She said that she had an accident and bumped into this old man and wasn’t sure if he was dead or alive. I couldn’t think, couldn’t see. Everything had disappeared and I was lost. Then I called my mother and my sisters, but for some reason they didn’t pick up. I told my boss and my colleagues that something had happened to my father. My office was like a one hour drive from that location, and I was crying while driving and I called my mother, my sisters, and anyone who I thought of but I couldn’t get through. So I continued to drive. True enough, when I arrived, my mother was holding my father’s neck, and my brother-in-law was next to her, and my father was gone. He was still lying inside the car. I couldn’t take it anymore, I started crying, but my mother stood strong and didn’t cry. She didn’t show any sadness on her face. My nephew came, and my children came too. We had to wait for the police to arrive and take the body. They took him to the hospital, and they said that he had suddenly died in the car. My father had a record of heart problems, so we didn’t need an autopsy to figure out what happened. It took them almost half the day until we signed the paper and my father was released. By that time it was seven. After everything was sorted out, we took him home, and buried him that night. The next few months, we were still in shock.”

“Look at those Planes!” 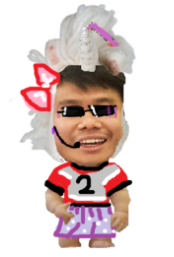 “An exciting experience I had in my life was when I was working at the airport, and I saw different types of aircrafts, from normal aircrafts to private, luxury jets. I got a chance to do all this while still studying in college, which meant I was an intern at that time. I got to fix small parts of an aircraft, and I saw the interior of a luxury jet. I got to hear the roar of the engine, which was amazing.”

The Best Thing she could give me 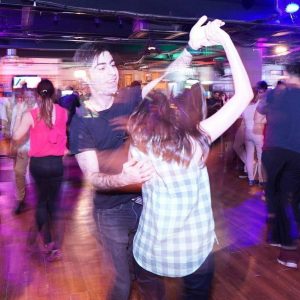 “My ex-girlfriend was a dancer. At the time we were dating, she was very committed to dancing and she was very serious about it. She had a dance community that she was so close with that she called them her family. We broke up because she had to go to the U.S, so I never really got to dance with her. Even though we were not living together, I wanted to impress her so I decided to look up how to dance on YouTube. For two weeks I practiced dancing and I went for the class, but when I went for the first class, everything was so different. I didn’t know any of the dance moves. Turns out, I was practicing the WRONG DANCE. So I thought, never mind, and I continued learning. The more I practiced, the more I enjoyed it and I got closer to the community. I started to call them my family. I started to realize that dance is the best way to express how you feel. Words express how you think, but dance really expresses how you feel. If you feel sad, or frustrated, or happy, its shows in your dancing. Same as the other person who’s dancing, so it’s really like communicating with each other. Expressing your feelings. It really helps you get relaxed mentally and emotionally, and helps with daily stress. When you’re dancing, you get captured in this whole different world and you just have fun. It really helps me listen to people, knowing how they feel. It helps me focus.”

About the Author: Arielle Lee

A bookworm by nature with a passion for singing. Arielle Lee decided to head out of her room to earn some money. From being an intern in the Marketing and Communications department of JurisTech, she found that she possesses a flair for writing and enjoys new experiences. One fun fact would be that Arielle Lee is the daughter of the CEO of JurisTech.