“Don’t look back. Don’t look at where you are. Keep looking forward, and have faith,” says See Wai Hun to aspiring women entrepreneurs! 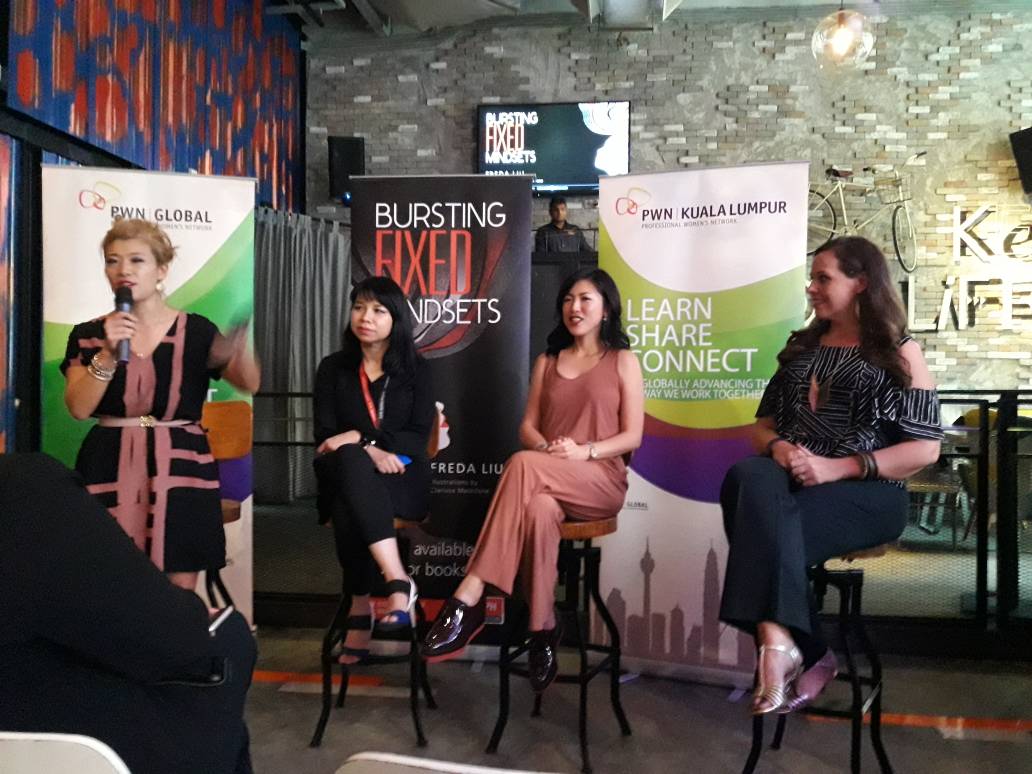 The cover reveal was done jointly by the author, Freda Liu, a producer and presenter at BFM radio; and Her Excellency Victoria Treadell, British High Commissioner to Malaysia.

The British High Commissioner opened the book launching ceremony with a passionate speech, emphasizing how important it is for women entrepreneurs to inspire each other to get ahead.

‘We have a long way to go, the “me too” movement is proof that we haven’t arrived yet. Women need to represent at least 30% of the parliament, so we can wield some actual political power. The gender agenda is more important than ever. For the British foreign service, gender equality is currently one of the top priorities. In the 168 countries where the British Embassy exists, we are now pushing harder than ever to ensure education for girls. Education is the key to unlock potential for young women. When we take up roles traditionally held by men, it is important to be a trailblazer,’ said Her Excellency.

She also spoke of her work to empower and promote ASEAN women entrepreneurs below the age of 35. The initiative is called, Women of the Future and the goal is to create inspirational role models for young girls.

After her rousing speech, the floor was open to 3 charismatic women entrepreneurs who were featured in Freda’s book: See Wai Hun, CEO of JurisTech; Anabelle Co-Martinent, founder of La Juiceria Superfoods; and Amy Cox-Blair, founder of The Batik Boutique.

Freda asked Wai Hun what was the “eureka moment” that instigated the beginning of JurisTech, and the crises faced by the company in its early stages.

‘You know there is a word called serendipity. I believe that God is behind a lot of things that we do. I also believe the bigger the crisis, the bigger the opportunity. Rather than thinking “I’m in a crisis, I’m not gonna make it,” we should take a moment to wonder if there are greater forces at work. At the early stages of our company, we faced a massive crisis where we were losing a lot of business to a global conglomerate. There was no way we could compete. At one point, we had no money and my partner wanted to give up. My parents and well-wishers kept nudging me to join an MNC. But I persisted, never lost faith and in a matter of months had a breakthrough deal with a telco giant. JurisTech has never looked back since. So if you ask me for words of advice that I would choose to endow upon young entrepreneurs, I’d tell them too keep looking forward. Have faith. Don’t look back. Don’t look where you are now. Look ahead. Keep looking ahead.”

Wai Hun is featured in chapter 5 of Freda’s book. The chapter is aptly titled, “Perseverance.”