Workplace @theRiver (W@tR): Digital disruption and what it means to you 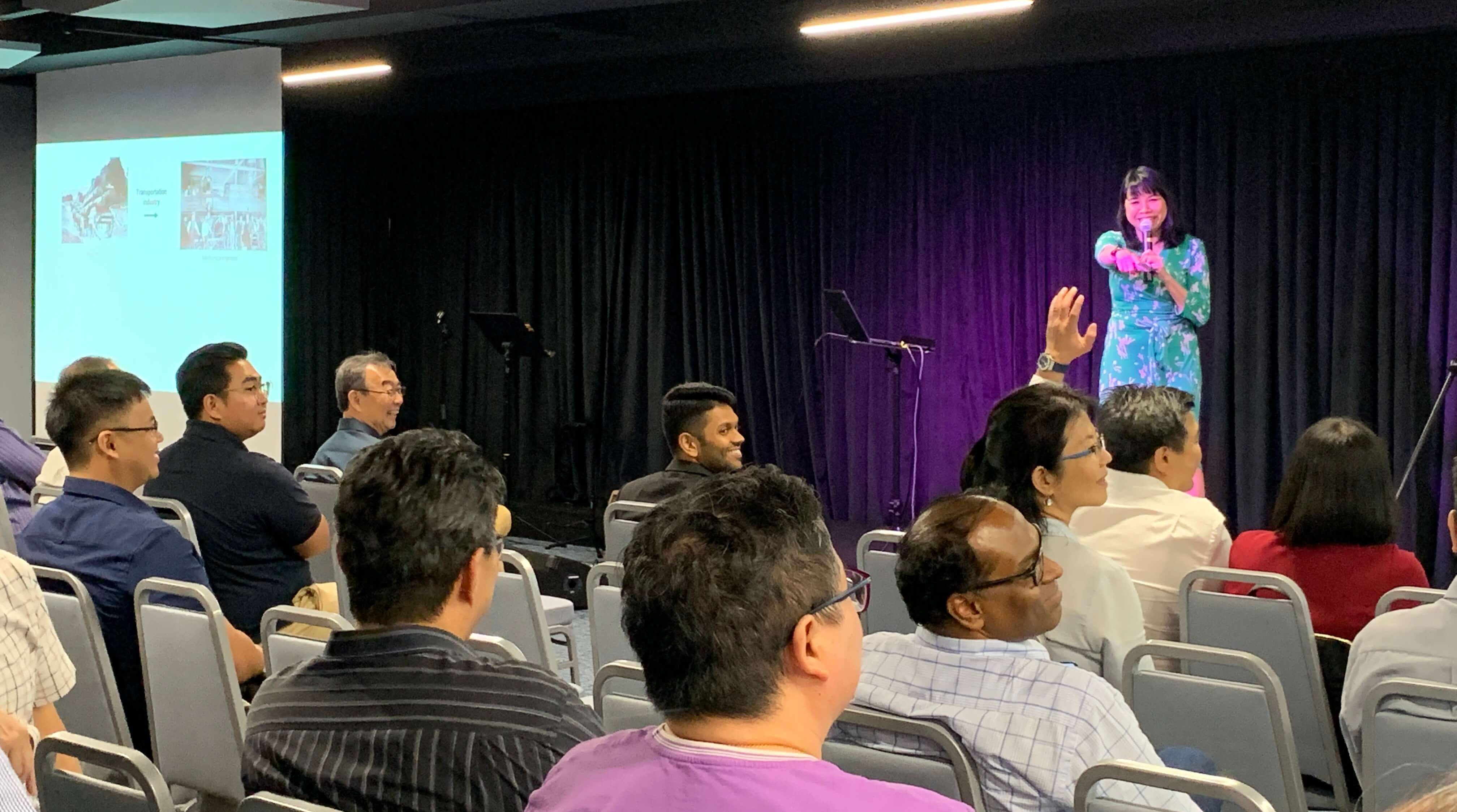 Wai Hun interacting with the crowd filling the hall with laughter.

On the 20th February 2020, over 90 participants comprising both young working professionals and business owners gathered at the heart of KL to hear our visionary CEO and co-founder, See Wai Hun share her thoughts on digital disruption and what it means to everyone.

“Workplace @theRiver (W@tR)” is SIBKL Church’s first focused workplace outreach effort in partnership with a business entity located in the middle of KL’s busy financial and central business district to bring about workplace transformation. Located at Wisma Maran, a building that overlooks the river confluence of the Klang and Gombak Rivers, they aim to impart and create a working model for excellence at the workplace, based on biblical principles.

Disruption is a big word and the occurrence of a digital disruption usually leads to people fearing for their jobs.

Humans have been losing jobs to automation ever since the invention of machines. Machines are taking over repetitive tasks and we are seeing an increase of more complex jobs being automated. How then can we ride the wave of the Fourth Industrial Revolution? What can we do to survive the age of digital disruption? With these lingering questions, Wai Hun took the audience a step back in time through past industrial revolutions. For as the saying goes, “Those who don’t know history are destined to repeat it.”

For the First, Second, and Third Industrial Revolutions, disruption in the workplace is inevitable. During the First Industrial Revolution, farmers started moving to cities to be factory workers. Wagoners lost their jobs when the steam engine came about. However, with the appearance of steam engines, work complexity increased, and higher skills are needed rather than just labour. Hence, the birth of mechanical engineers. What about the Second Industrial Revolution? Chandlers, also known as candle-makers, were replaced with electrical engineers just like light bulbs replaced candles. Furthermore, with technological advancement, coal miners lost their jobs, but the discovery of petroleum created a new demand for petroleum engineers. Moving to the Third Industrial Revolution and having information literally at the tip of our fingers, the internet era has created a tremendous amount of new jobs and employment. We now have social media marketers, bioengineers, aerospace engineers, etc.

You see, the first three industrial revolutions may have initially destroyed jobs and displaced industries, but eventually, humans learned how to adapt and innovate. Hence, new jobs and new opportunities were created and found. This increased demand for highly skilled talent and good leadership.

Going back to the main question, what can we do to survive the age of digital disruption?

According to Wai Hun, everything starts with a vision. Without vision, people perish. Wai Hun gave an example of the Chinese government’s mission to become the world leader in artificial intelligence (AI) by 2030. With that grand vision in mind, China published its “Next Generation Artificial Intelligence Development Plan” in 2017. Laying out a whole roadmap to achieve this bold vision, China plans to catch up with the US on AI technologies and applications by 2020. Furthermore, by 2025, they aim to have breakthroughs in selected disciplines within AI that will become a key impetus for its economic transformation, and by 2030, becoming the world leader in AI.

Likewise, an organisation should have a bold digital vision. Wai Hun explained the importance of an organisation being able to vividly visualise their end goals. She further backed up her points with incredible transformational business stories. Stories from big names such as Apple, Amazon, JD.com, and Ant Financial that followed through their bold digital visions and are now big players and contributors in this age of disruption. 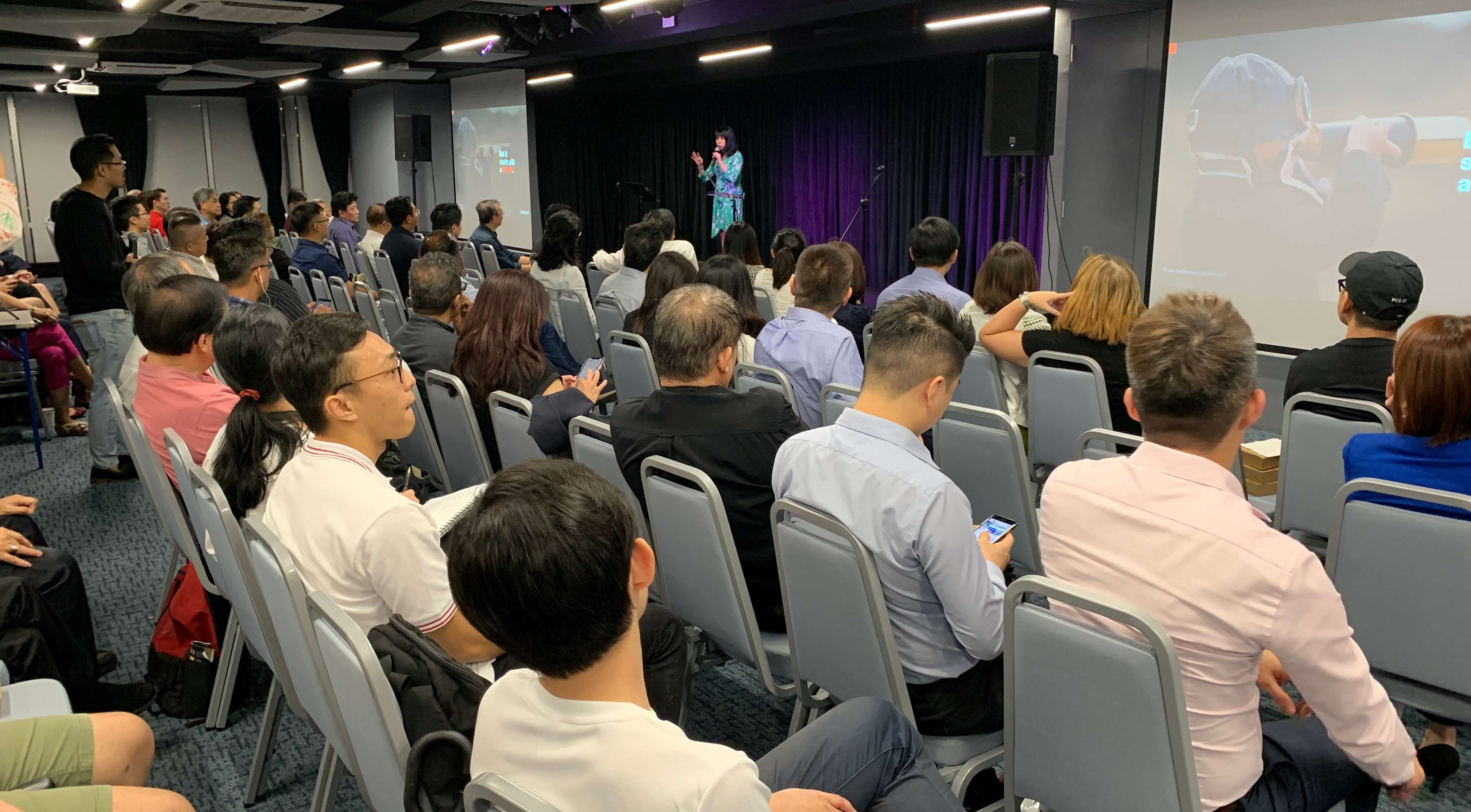 Wai Hun sharing her personal story and personal vision for her company.

The fast-paced advancement of technology has created a wide blue ocean of opportunities for people to tap into. This is the age where ideas can spark a revolution. Ideas no longer need to be built from scratch because technology has created a new trajectory for ideas to become a reality. However, it all starts with a vision. Wai Hun gave a beautiful example of how Freddie Mercury, the famous lead singer of Queen had a bold vision for his band. He did not want his music to be boring, so he constantly came out with wild ideas to reinvent his sound. He did not let anything get in his way even when the odds are against him. Not only was he named one of the most versatile and talented musicians of the rock era, but he also became a legend and his music is still being appreciated till today. Therefore, all you need is a vision. And visions drive people to go beyond the limits of what’s possible.

Wai Hun ended her sharing with a heart-warming personal story of holding onto the vision she had for her company. She explained how she communicated the vision to the entire company and how she experienced breakthroughs in the business.

The event ended with a 20-minute Q&A session. The floor was buzzing with questions. One question asked was – What are the main challenges people face when executing a digital vision?

Often times, misalignments in the organisation cause a lack of direction to happen. Hence, having the whole organisation aligned with the same vision and the same goal grants clarity and unity. Moreover, one must propagate and sow the purpose of the vision into the hearts of the employees. In doing so, the organisation will see a breakthrough.

Last but not least, Naaman, the COO of JurisTech also answered questions from the floor on the inner workings and operations of JurisTech. The audience was wildly interested to find out how JurisTech hires and trains non-tech employees to do tech-related work. It was indeed a fruitful and inspiring event. 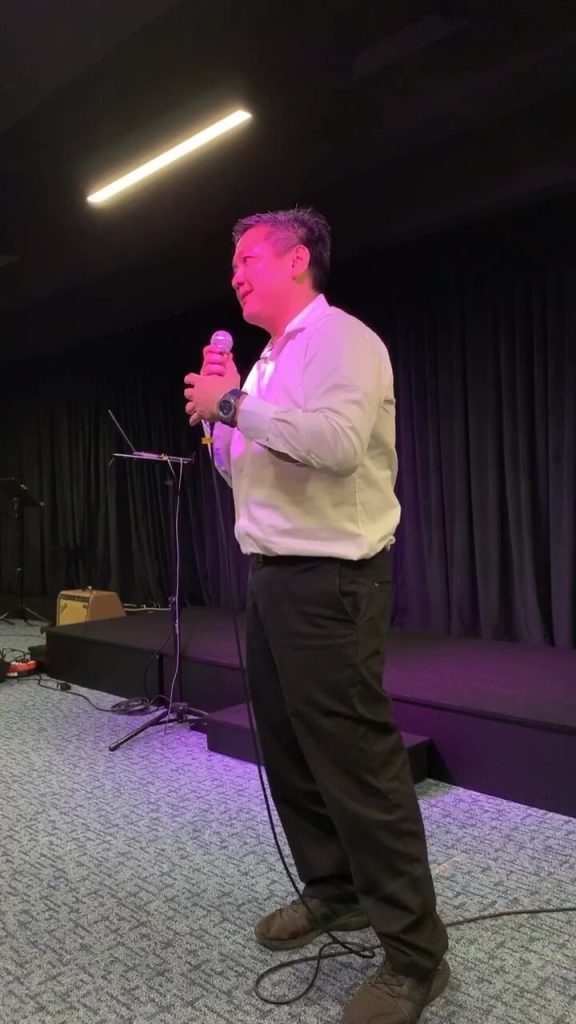 Naaman explaining the inner workings and operations of JurisTech.

About the Author: Laura Tsen

Laura Tsen is the Marketing and Communications Consultant of JurisTech. She does digital marketing that includes SEO and SEM. She is always intrigued by the world of technology and how it creates a future with endless possibilities. Having a passion to create and build awareness in embracing digital transformation to impact and improve the overall lifestyle of our society.