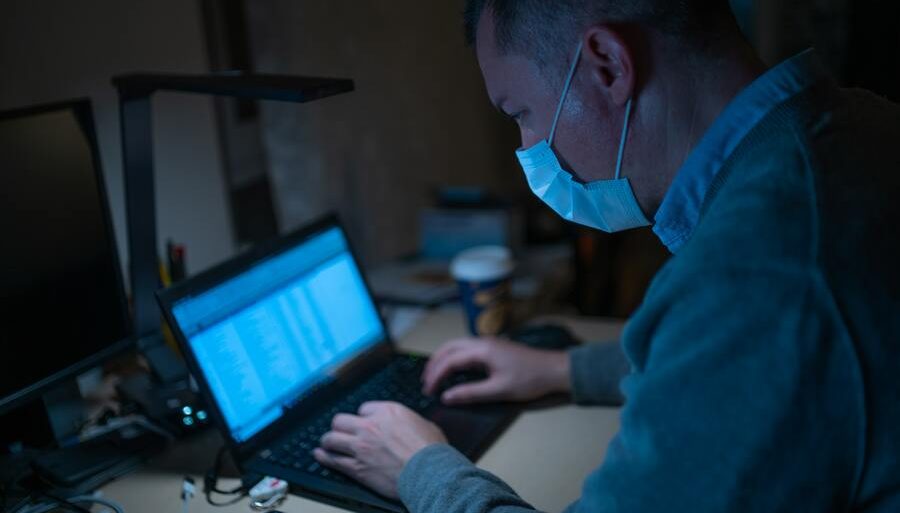 On the first day of the Malaysian Movement Control Order (MCO) on 18th March 2020, our network team were glued to their seats. The whole company would be connecting to the office remotely and our team weren’t sure if the network would hold. The good news  ­- like the Year 2000 crisis – it was an anticlimax. The Juris Technologies (JurisTech) network infrastructure handled the entire load without breaking a sweat.

Of course, the Year 2000 crisis never became a real problem because there was a massive amount of work behind the scenes. Our Business Continuity Plan (BCP) and network teams also did a lot of preliminary work that made handling the MCO manageable. Here are some of the lessons learnt.

Long before the COVID-19 pandemic, in 2018, JurisTech upgraded their networking infrastructure to be able to handle 4 times more staff than it currently had then. JurisTech also installed broadband links to the Internet from two different ISP vendors. We regularly back up our essential documents to Amazon S3 and have a backup data centre in Kuala Lumpur in case our main office data centre goes down.

For security reasons, we also separated the network into DMZ (Demilitarised Zone), Development, and Sales & Admin zones. In this way, we are able to open the VPN to users and give them different access permissions into these zones based on their roles.

In late February 2020, JurisTech management could see the COVID-19 crisis getting worse, and preparations were made. Hand sanitisers were made freely available and tracking of visitors was enforced.

The network team was also busy. Previously, VPN to office was only granted upon request. Now, we started to install VPN on every notebook, and created VPN accounts for everyone. We also started a policy where every staff member had to take their notebook home at the end of the day.

Special Attention was given to Admin and HR as they are used to working in the office and we had to plan the transition to remote work, carefully. Both our Accounting and HR software had been migrated to web-based versions last year, so it was easy to access the office Accounting and HR software using web browsers. Contingency plans on who was supposed to take home printers and projectors were also made.

When the Movement Control Order from March 18 – 31 this year was announced on 16th March, we were all very stunned. Then, our preparations kicked in. On 17th March, we had a 9am meeting with all the Business Unit heads to detail out the emergency plans. We also backed up key files and development virtual machines (VMs) into a separate laptop in case the VPN failed. Fortunately, this laptop was never used as our VPN worked so well.

One issue common to VPNs is that all traffic by default goes through the VPN. This means if our staff is watching a YouTube video while connected to the VPN, the video would go through our office network, taking up our precious bandwidth. We solved this by setting the VPN client to route only our office network domains through the VPN, while any other traffic would bypass the VPN and go direct through our staff’s normal broadband link.

We also found that the antivirus installed on our laptops would sometimes be too aggressive in scanning shared drives, taking up gigabytes of our precious network bandwidth! This was solved by switching from file sharing to using FTP/SFTP for most file access.

Another optimisation is that we tuned our network to perform load balancing on our two links to the Internet.  The faster link would take 80% of the load, while our slower backup link would take 20%. Lastly, we moved our backups to Amazon S3 over the weekend to minimise bandwidth issues.

JurisTech practices Scrum, and our teams have a daily standup meeting already. We switched to using Discord for our daily standups, which is a fantastic combination of voice and text chat, video conferencing, and groups. Originally developed for gamers, it has become extremely popular as a replacement for Slack and Skype.

For our Kanban boards, we switched from using Trello to ClickUp. ClickUp is better because it allows you to convert a comment into a task to be assigned to someone, allows multiple assignees, and has other features suited for large teams working on large projects.

We continue to use Skype, but now that Zoom has removed the 40-minute meeting restriction for free accounts for this period, we now conduct more Zoom meetings.

About the Author: John Lim

John is an award-winning technopreneur with many years of experience in software development. He is the co-founder and CTO of JurisTech.