This article was first published on 24th November, 2017 in Business Insider. 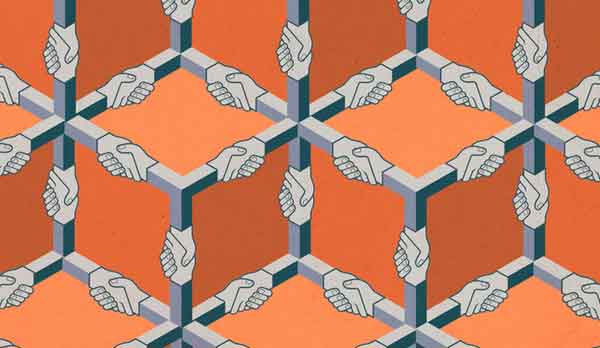 Unless you have been living under a rock for the past few years, you have surely heard of Bitcoins and cryptocurrencies. The recent interest in cryptocurrencies like Bitcoin and Ether has brought the underlying technology behind them – namely blockchain – into the limelight. It is one of the hottest topics in the FinTech industry and is currently being fervently discussed in the blogosphere.

So, what is blockchain technology?

Blockchain can be simply described as a decentralized ledger that is immutable. This means that once a record has been entered into the ledger, it cannot be erased or altered.

It is a distributed list of digital records or transactions that are verified and monitored by a myriad of users simultaneously and almost instantaneously. Each record is referred to as a “block” and typically contains data linking it to the previous block, a timestamp, and transaction data. Since data recorded on a blockchain is not on any single centralized system, but exists on and verified by many different sources, it is theoretically incorruptible. This makes this technology useful for audit trails, keeping track of financial transactions and providing accountability and proof of who did what transaction. Another benefit of blockchain and distributed ledger technology is that it allows firms to code “Smart Contracts”, contracts that can self-execute parts of the transaction as long as certain criteria have been fulfilled. For example, loans could be disbursed automatically as long as the customer possesses the required credit scores.

But is the hype surrounding blockchain truly worth major infrastructure changes or is it merely a technological mirage?

One of the strongest arguments for using blockchain in the FinTech industry is that it can dramatically accelerate the loan origination process and substantially reduce costs. A typical mortgage transaction requires a large number of intermediaries – legal, financial, real-estate – to get involved on behalf of the buyer, seller and lender. Every additional intermediary results in additional costs and time to the transaction. Depending on which part of the world you are in, processing times can range from 40 to 90 working days or more! Also, real estate registry records are still paper-based and antiquated, and blockchain technology could digitize and accelerate the entire process and hypothetically make it more secure since the data is not stored in one place, but on a distributed ledger shared and verified by multiple parties.

Another value proposition of blockchain technology is security, since records entered into the ledger cannot be altered and need to be verified by every party involved, fraud is theoretically impossible.

John Lim, CTO of JurisTech, which happens to be a high-impact player in the Malaysian FinTech industry, believes the hype surrounding blockchain is a bit overblown. “Blockchain enthusiasts assume that a loan origination process is an entirely manual approach between lawyers, evaluators and customers. The reality is there are already software like Juris Credit and Juris Access in existence, solving the problem of friction between various parties, enabling accelerated loan origination & disbursement, and eliminating paper-based antiquated systems without the use of distributed ledgers and blockchain technology. Also, blockchain can reduce costs by making transactions electronic and paperless and supposedly removing intermediaries. But the people who are going to install the blockchain infrastructure are going to be the new intermediaries, and the cost of implementing this technology is not a small sum as well. Using blockchain does not in itself prevent fraud. The Mt Gox incident from 2014, where USD 450 million in BitCoin was defrauded; proves that human checks are still required at process-end-points (disbursement). Say person A sends money to person B, meanwhile mister hacker defrauds and modifies the network and sends message to person A “transaction failed”. Person A sends the money again, and the second batch is received by mister hacker. There is always a chance that a hacker may obtain access into an authorized personnel’s compromised computer and breach the system. To expect that blockchain and distributed ledger is fraud-proof is naïve. However, thanks to blockchain we now have immutable records of the point at which the system was breached so we can detect and trace the roots of the fraud faster.”

“While there is no doubt that blockchain technology is useful for cryptocurrencies; for smart contracts that can automatically disburse payment, implementing blockchain infrastructure can prove problematic. You need to have buy-in from different parties and intermediaries in mortgage loan origination, and for each party it means something different. This integration won’t be cheap. Also at any point of the process paper trails are required, like identity cards, passports or land deeds; the blockchain flow will be interrupted by the need to verify a document. Smart contracts can only fly if these documents are fully converted into legally binding electronic documents. The Malaysian Digital Signature Act was legislated in 1997; it’s been 20 years and I don’t see any large scale usage of digital signatures in Malaysia or anywhere in the Indian subcontinent. BlockChain has its uses in loan origination, but the improvements I see are incremental until digital signatures become widely adopted,” said John Lim.