Women in tech: The Malaysian perspective 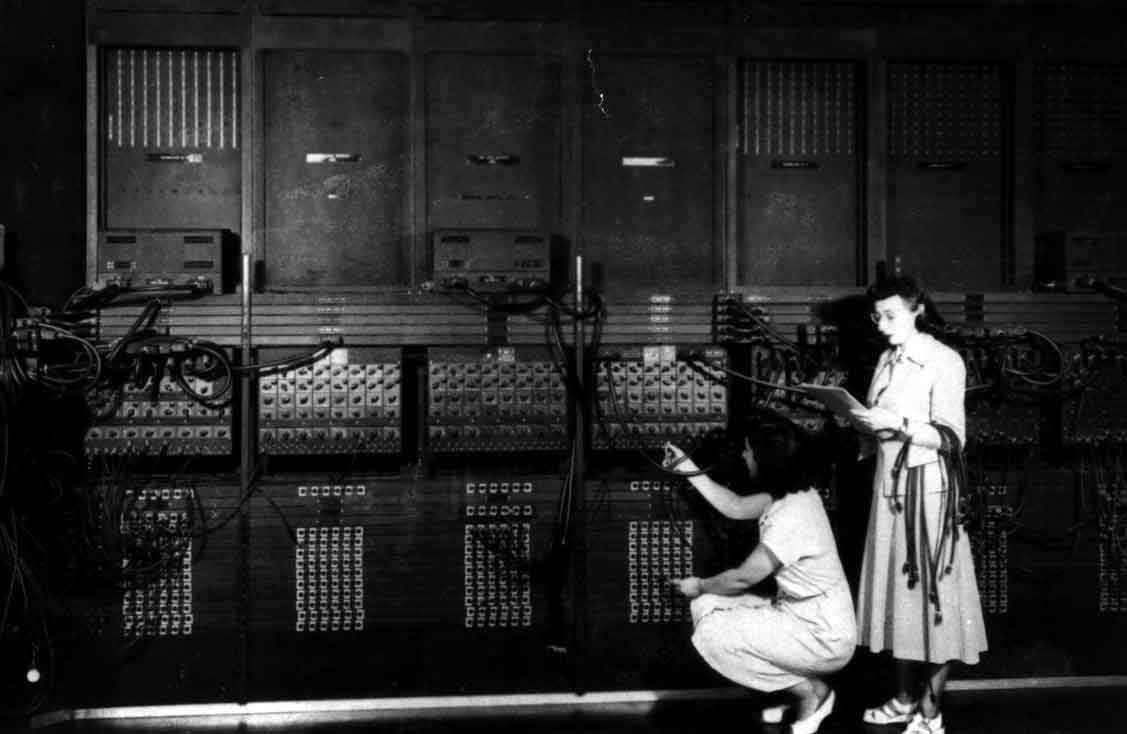 In fact, historically, the term ‘computer’ was used from the early 17th century to mean the one who computes. Women were generally excluded from computing work, until they were increasingly involved from the late 19th century. By 1880, all of the Harvard Observatory’s human computers were women. During both world wars, women were hired to calculate ballistics and cryptography. Grace Hopper was the first to create a compiler for a programming language. NACA, which later became NASA, recruited women computers from the 1930s through the 1960s to solve problems for engineers, which led to the US winning the space race. 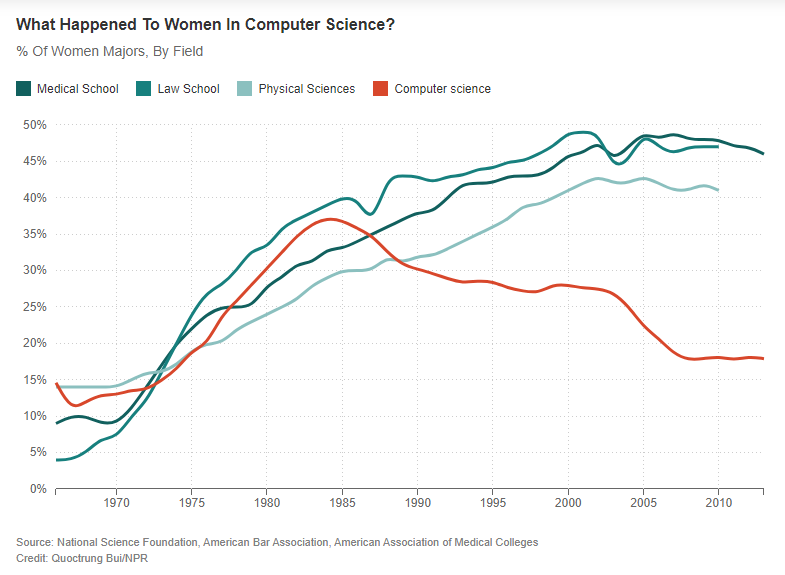 Image: Graph showing a drop in the percentage of women majoring in computer science.
Credit: NPR.

The trend of women studying and working in computing and technology were on the up, until the 1980s – specifically, 1984. NPR’s Planet Money investigated and found out that beginning in the mid 1980s, you could no longer succeed in a computer science programme without having a home computer to practise with. Back then, computers were often marketed as toys, and toy advertisements are generally targeted to one gender, in this case, to boys.

This became a narrative that perpetuates itself, seeping into other popular cultures such as movies and books. This is not to mention the persistent sexism and bias that continue to exist, of not equally recognising women’s contribution in tech, and the sidelining of women from tech opportunities.

While women are increasingly enrolling in law, medical, and physical science courses, the computer science numbers continue to plunge, down to under 20% of women majoring in computer science in the US today. 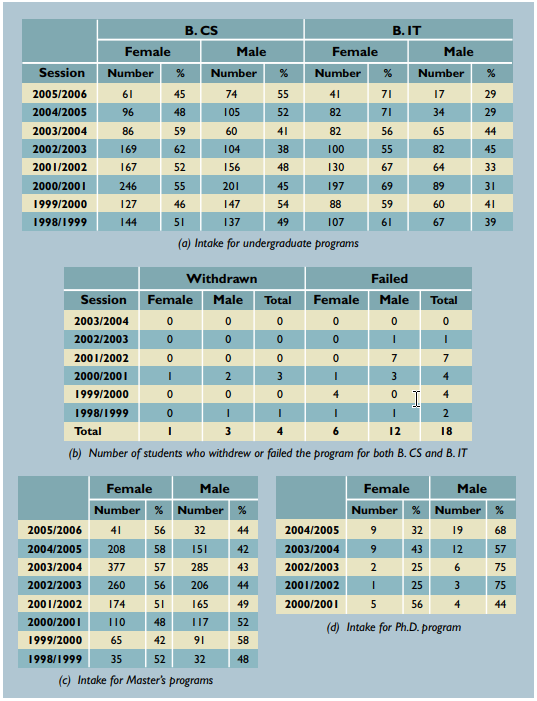 Image: The number of male and female students who choose and continue with – or fail/withdraw from – CS/IT programmes at the University of Malaya.
Credit: Carnegie Mellon University.

This is where Malaysia comes in. While the US culture has a strong influence worldwide, Malaysia seems to buck this trend, at least in the computer science education space. A 2006 study published by Carnegie Mellon University found that there is no gender bias on the perception of computer science (CS) or information technology (IT), leading to higher women enrollment in CS/IT programmes. In fact, at the University of Malaya in the late 1990s and the first half of 2000s, the percentage of intake of female students is mostly higher than male students for CS and IT bachelor’s and master’s degrees.

The study noted that this could be due to a higher number of female role models and mentors like a dean, department heads, and faculty lecturers in both the University of Malaya and Universiti Kebangsaan Malaysia, at which the study was conducted. Malaysia is also fortunate enough to have a very high computer ownership, at least in the universities studied, with little difference between female and male students (88% and 94%, respectively). The high computer ownership certainly addresses the issue mentioned earlier, where young women in the 1980s studying computer science didn’t have access to a personal computer after university hours.

One positive influence that Malaysia did adopt from abroad is the many programmes that support and empower women who are interested in tech to actually pursue this path. The two we’re going to talk about are, a not-for-profit organisation, Women Who Code Kuala Lumpur, and a Google initiative, Women Techmakers.

Launched in September 2014, Women Who Code Kuala Lumpur (WWC) aims to inspire women to excel in technology careers. Members of WWC get to benefit from its wide network to get coding resources, leadership opportunities, a global community to advance technical skills, the WWC job board, scholarships and free conference tickets, plus a platform to give and receive recognition for professional achievements.

Though focusing towards women, WWC does not exclude men. JurisTech co-hosted an event back in 10 August 2018, where Agile evangelist Andre Rubin talked about what lies beyond the code and how to deliver meaningful results rather than just meeting deadlines.

Launched in 2015, the Kuala Lumpur chapter of the Women Techmaker programme by Google also has a similar aim, providing visibility, community, and resources for women in tech. Members get access to communities, hands-on workshops, mentorship, networking opportunities, programmes, resources, scholarships, you name it.

Speaking of role models earlier, especially after graduation and in the workforce, Malaysia has quite a number of women leaders in tech, too. We don’t have to look far; our JurisTech CEO, See Wai Hun has been our visionary founder and leader for decades now. But here today, we just want to highlight a couple.

KL-ite Tan Hooi Ling, with Anthony Tan, came up with the idea of a ride-hailing service, Grab, then-called MyTeksi/GrabTaxi, after they met while studying at Harvard Business School (HBS). Their business plan was the runner-up of HBS New Venture Competition 2011, which gave them US$25,000, along with access to external resources like advisers. Launched in 2012, Grab was already inclusive right from the start, where customers could book a ride on Android, iOS, the web, and even Windows 8 and via SMS. She left Grab to serve out her bond with McKinsey & Company, that sponsored her to HBS, but after a brief stint there and at SalesForce, she came back in April 2015 to be the chief operating officer of Grab, a superstar company with a valuation of around US$14 billion as of March 2019. 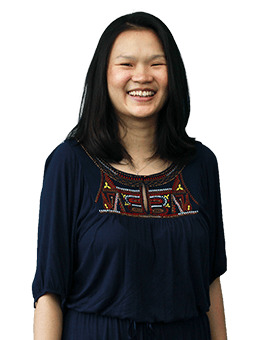 Another one of our favourite women in tech, is none other than Goh Ai Ching, who co-founded Piktochart in March 2012, along with Andrea Zaggia (CTO) in Penang, Malaysia. Known for her caring and relational nature, Goh, developed a mindset of ‘speak truth to love’, where she channels her nurturing nature to develop her team, while still being able to be upfront with candor to drive the team forward. A strong proponent in nurturing a healthy work culture, she looks for seven core qualities when hiring – humble, open, passionate, excellent, fun-loving, user-focused, and loving – HOPEFUL. It was reported that as of 2018, Piktochart has been used by over 11 million people worldwide. Oh, and fun fact: a similar service called Canva, which you may have heard of, was also co-founded by a woman, Melanie Perkins, along with co-founders Clifford Obrecht and Cameron Adams, just two months before Piktochart started.

According to the World Bank’s report from September 2019, women comprised only 39% of the total Malaysian labour force, and it is certain that the percentage of women in Malaysia doing tech jobs, is even smaller.

While we don’t have that data for Malaysia, and the number varies by country, a study by Honeypot in 2018 revealed that in the US, only 24.61% of the tech workforce are women. The highest number in the study (which only covered 41 countries) goes to Bulgaria, at 30.28%.

It has been proven in countless studies that diversity is good, and such proof exists in nature as well. We at JurisTech firmly believe in diversity and are working hard towards achieving equality, with 10 out of our 19 business units heads, are women – more than half. That said, we are currently at one third female in the JurisTech workforce, or around 33.33%.

While our numbers are optimistic, we still have a lot more work to do to remove all the barriers to women workers, which, if so, will lead to Malaysia’s income per capita to grow by 26.2%, according to the World Bank. We have to continue to work towards narrowing the gender gap, not just in the tech sector, but also in the whole labour force. And this shouldn’t just be the work of women alone, but all of us.

About the Author: Reuben Thum

Reuben Thum is an alumnus of JurisTech who was part of the Marketing and Communications team. He covered everything including in-depth analyses of Juris solution features, explanations of esoteric concepts such as Agile software development and design thinking, plus creative copies like quips and poems. Formerly, he was a journalist covering the consumer technology space, as well as a technical support engineer for Microsoft products.