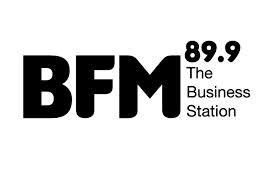 In this interview with Freda Liu , Wai Hun recounts starting up a software company at the time when the Asian Financial Crisis took place in 1997. Together with a brilliant technologist John Lim, CTO of Juris, they formed a company that provided the solution to the uprising NPLs in the banking industry which rose up to 9% in 1998. While other software companies where only focused on creating software for the banks, Juris saw an opportunity to innovate a software for debt recovery not only for banks but extending to lawyers and debt collection agencies. As the solution became a turning point for the banks to implement new strategies in debt collection, Juris Technologies continues to optimize an end-to-end solution that catering loan origination that allows evaluation of the customers eligibility thru credit scoring.

Juris became the second Malaysian company named as High-Impact Entrepreneur also known as Endeavor Entrepreneurs. Endeavor is a non-profit organization that supports the rigorous selection of the most promising business that drives job creation, innovation, entrepreneurship role models, and promotes a culture of mentorship.

Chief of Operations, Naaman Lee stresses out that Juris has combined R&D and Center of Excellence focusing on innovation to the maximum profitability of the customers which is one of the monumental core values of the company.