Debt Collection: A Step Back in Time

The consequences of being in debt is no joke. When people think of debt collection, you will definitely think of loan sharks or the term Malaysians usually use, “Ah Longs”. Trapping debtors with ridiculously high interest rates and aggressive collection methods, these loan shark syndicates have caused crime rates to increase in society. Hence, the thought of being in huge debt can be terrifying to the point it affects one’s psychological well-being. 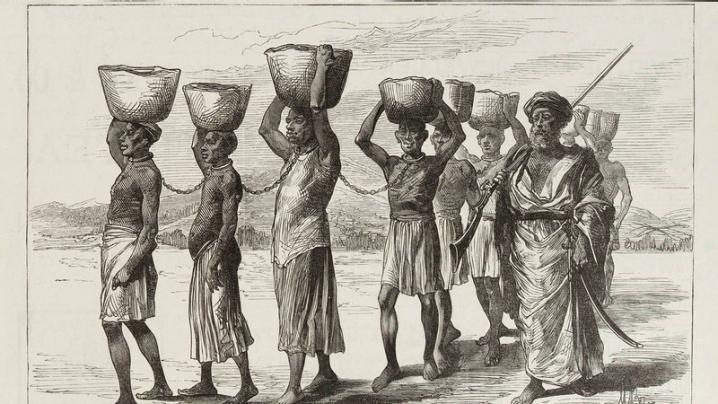 Debt collection is not something new. It goes way back to 3000BC and the ancient civilisation of Sumer. Sumer is the earliest known civilisation in the historical region of southern Mesopotamia, which is modern day southern Iraq. It is believed to be one of the first Western urban civilisations, and also the place where the first commercial and consumer loans were provided.

Debt collection existed long before the concept of currency was introduced, and the invention of money. People bartered for goods and services. However, during those times, resources were scarce and it drove people to either borrow or become indebted in other ways just to meet their basic needs, and it sure wasn’t friendly!

As resource inequality grew, the gap between the poor farmers and the rich elites increased. The strong preying on the weak as taxes and other “public” debts owed to rulers also weighed heavily on the shoulders of the ruled. Debt slaves are common throughout many ancient civilisations. Historical records of events explain that once a debtor is unable to pay their debt, their family along with their servants become debt slaves. They were forced into physical labour for creditors until they had repaid their debt. That being said, it could take years to repay their debt, hence, the debt passes on to the following generations of the debtor’s family until the debt is paid in full.

However, as time went by, some early liberal ancient societies introduced forms of debt forgiveness or allowed debts to be discharged after a specific period of time. For example, in ancient Hebrew law, the Jews celebrate Jubilee which is a year of emancipation and restoration that is to be kept every 50 years by freeing people from debts, servitude, and slavery. In ancient Athens, a reformist Athenian lawmaker named Solon enforced Seisachtheia. His objective was to free the land and abolish the feudal relationship that was derived from the holding of land in exchange for service or labour. In doing so, the Seisachtheia laws cancelled all outstanding debts and previous debts that caused slavery and serfdom which is the status of the poor under feudalism during that time.

For ancient debts, consequences of default are grave. Ancient Rome was a slave society. Debt slavery or debt bondage, a term used by the Greek and Roman empires continued for many hundreds of years. This practice was considered normal and was conducted in several forms depending on the circumstances of the debt and the debtor. Businesses were conducted from a simple bench in a marketplace, much like a modern merchant’s counter. If a merchant got into trouble with his creditors, the creditors have the right to literally smash his bench, or alternatively, carry it off. This was to signal and show the public about the merchant’s financial distress and stop him from continuing to conduct business. In the Graeco-Roman era, debt bondage was a specific category of legal punishment. While it was still harsh, it could also literally be a life saver for many to avoid some of the more violent alternatives that could be imposed on them. The poor and those who suffered financially could even voluntarily choose to enter bondage as a debtor.

For debt bondages, many considered the most severe form would be indentured labour which involved a legally signed contract between the creditor and the debtor. The debtor may be free to carry out their trade and go about their everyday business, but the consequences of the contract could result in a lifetime of hardship and continual poverty. Why, you may ask? Reason being, the clauses in the contract would often include two for one, or anything up to nine for one compensation. For example, the creditor could insist on receiving up to 900% of the debt, forcing them to repay more than they owe. 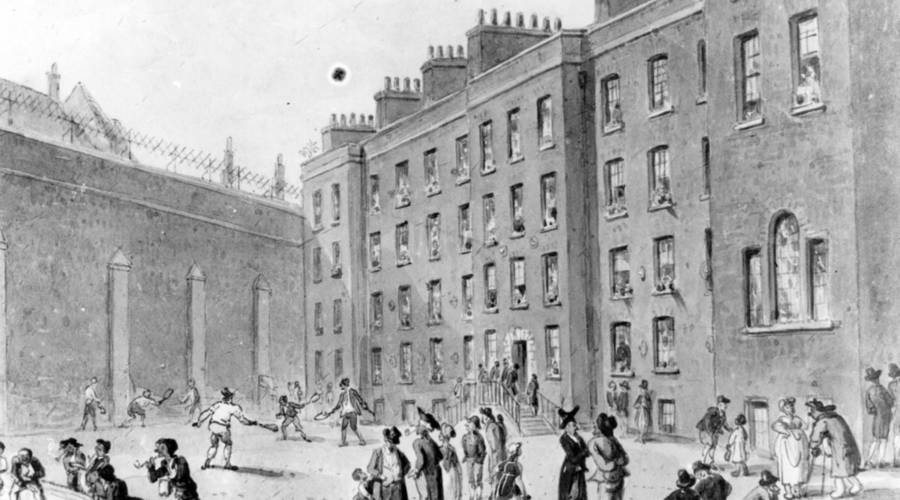 Fast forward to the Middle Ages, laws were introduced to specifically deal with debtors. Now, creditors were able to summon debtors to court and see a judgment against him. A bailiff of the court, which is someone responsible for executing the orders of the court and managing the assets that the courts took control of, will then visit the debtor’s premises and collect goods to the value of the debt. If the debtor does not have enough assets to cover the debt, he would be sent to a debtors’ prison until his family paid off the debt or until the creditor forgave him. However, in reality, bailiffs would often seize far more than necessary to repay the debt even to the point of forcing the debtors to hand over their property deeds while little of the bounty was ever delivered to the creditor. Furthermore, debtors were routinely imprisoned at the pleasure of their creditors, to debtors’ prisons which were similar to workhouses.

Debtors’ prisons were filled to the brink as prisoners would often take their families with them which created communities inside the debtors’ jails. Jailers started to charge for room, food, drink, and furniture, or selling concessions to others, while attorneys charged fees for fruitless attempts and efforts to get the debtors out. Throughout the 18th and 19th centuries in the UK, around 10,000 people were imprisoned for debt each year.

Did you know that Charles Dickens’ father was sent to Marshalsea debtors’ prison while he was sent to work at a boot-blacking factory at age 12? Dickens often described these places in his novels and was haunted all his life by the shame of his father’s sentence and the menial work he had to do as the “man of the family”.

What about America, the land of dreams? In colonial America, creditors use a writ of attachment which is a legal document to seize the property of debtors when they are unable to pay their debts. So what happens if debtors do not have enough property to cover their debt? Their body will be used as security and more often than not, they end up in debtors’ prison. Many of them will end up freezing or starving to death in cold prison cells. As harsh as these punishments may seem, it still was not enough to make debtors pay their debts on time! Debtors of that time also found a loophole in the writ of attachment. They could avoid it by remaining in their homes, in which they will be exempted from being served. Just to avoid paying their debts, many debtors stayed in their homes for years. Some fled to other states with less law enforcement. Even if creditors did manage to take a debtor to court, they often failed to recover their money. 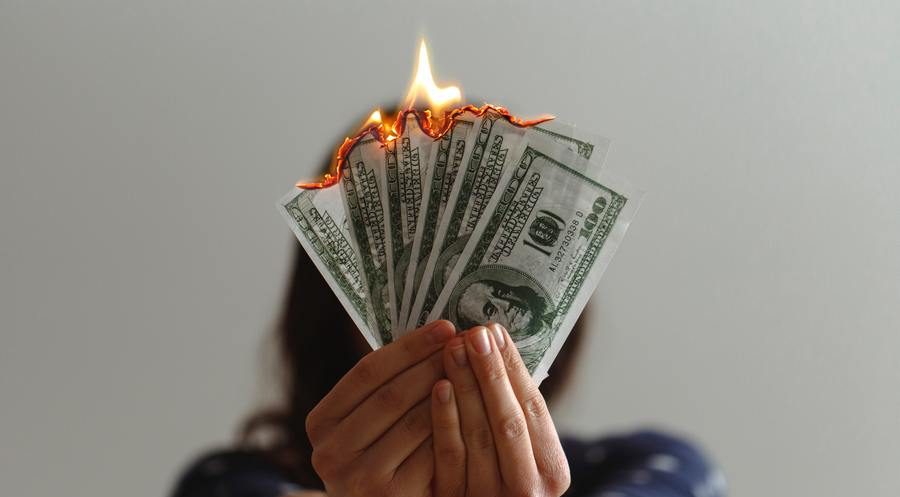 Financial experts soon realised that creditors could still recoup their losses by making debtors pay a portion of the debts when they could not pay in full. Creditors may be able to record a lien against your property, levy upon your bank account, garnish your wages, or even repossess your car or other personal property. Thus, the increasing appearance of collection agencies.

There are many types of collection agencies. Some of them are departments or subsidiaries of the company or even separate companies contracted by the creditors to collect debts on behalf for a fee. First-party agencies are often departments or subsidiaries of the creditor. They will try to collect as much debt for several months. Since they are in the initial stages of the debt collection process, they have a greater incentive to try to maintain a constructive customer relationship in coaxing the debtor to pay their dues. However, once attempts are fruitless and futile, creditors would sell the debt and write off most of its value to a third party called a debt collection agency. A debt collection agency is an organisation that specialises in pursuing payments of debts whether owed by businesses or individuals.

In doing business, there are always risks that you must take, and losing money from a non-paying client is part of that risk. Hence, to mitigate losses, banks and other creditors will appoint debt collection agencies to chase after debtors for payment of debts. They will be paid a fee, or a percentage of the total amount collected for their services. The creditors will do whatever it takes to get back their money.

In conclusion, collecting debt from debtors is not a sweet process. Being in debt does not give you a taste of heaven, in fact, it is the opposite. Even as societies change with the times, one constant remains and that is, debtors must pay back their debts. Therefore, no good will befall you being in debt and just like Adam Smith puts it, “What can be added to the happiness of a man who is in health, out of debt, and has a clear conscience?”

About the Author: Laura Tsen

Laura Tsen is the Marketing and Communications Consultant of JurisTech. She does digital marketing that includes SEO and SEM. She is always intrigued by the world of technology and how it creates a future with endless possibilities. Having a passion to create and build awareness in embracing digital transformation to impact and improve the overall lifestyle of our society.